Beltrami is a small neighborhood located in the heart of Minneapolis. The neighborhood is located just a few minutes away from the University of Minnesota. It was named after Italian scholar, Giacomo Constantino Beltrami (see image below), and a monument in his honor is still located in the neighborhood to date. Beltrami has four boundaries: Broadway St. NE to the north, Interstate 35W to the east, Central Avenue and Harrison St. NE to the west, and East Hennepin Ave. to the south. The neighborhood’s close proximity to a major university and downtown Minneapolis is one of the reasons why it is a favorite among many people.

This neighborhood has changed much since the 1890s. In the early days, Beltrami was predominantly occupied by whites. However, towards the 1980s and 2000s, the population’s diversity increased as individuals of different descents started living in the area. Today, the community is made up of a diverse population of 1, 260 that comprises of Whites, Blacks, and individuals of Hispanic and Asian descents. Beltrami is has developed to include numerous housing options for its residents. You can find homes for sale, rental apartments, high-rise buildings and much more. 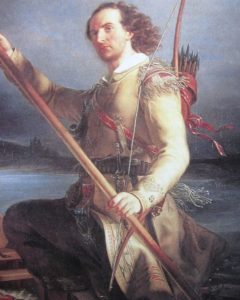 Beltrami comprises of numerous restaurants, coffee shops, bars, retail stores, and malls. It is also home to Beltrami Park which is popular among residents due to the many ball courts available in the park. There is a basketball court, soccer fields, a sandpit, volleyball courts, tennis courts, and much more. If you are not a sports fan, you can engage in other activities such as shopping, exploring foods and drinks in the many eateries, bike riding, walking, and many more activities.

It’s said that good things come in small packages and Beltrami is one of those small neighborhoods that are great to live in. The neighborhood is extremely peaceful, affordable, and has a lot of exciting things to do. Whether you are a young professional or have a family, this neighborhood has something for you.