A mix of diverse cultures, Camden is a large neighborhood that occupies almost the upper half of the northern side of Minneapolis on the east bank of the Mississippi. As the name suggests, the neighborhood is lined by an array of industry warehouses along Interstate-94. It is a hard cement jungle with very few green, open spaces. The beauty with the community is that the local manufacturers sell local products to residents particularly across the railroad track from Webber Park – the spot that hosts Minneapolis City Hall and Courthouse.

Living in Camden Industrial means being a part of a large community of about 31,250 residents from different cultural backgrounds. The 2000 Minneapolis census provided by Hennepin County showed a great ethnic diversity (42% Caucasian/whites, 34% African-American, 15% Asian. 5% Hispanic and 4% other).

Compared to the Twin Cities, the average household income in Camden is nearly $200,000 less with 77% of homes in the neighborhood being owner-occupied. It is also rare to find a townhome going above $120,000 in Camden. The noise of the freeway, the two railroads, and the industries can take a toll on anyone. 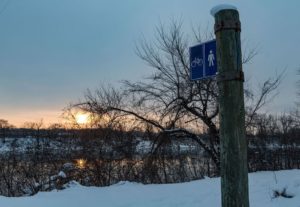 The first and popular one is the North Mississippi Regional Park which has every recreational activity you can ever want. You can take a walk, hike, stroll, bask in the beauty of the creek or restored prairies or just sit on the grass watching the plants, birds, and pollinators.

The Historic District, complete with its old yet stylish manufacture plants can also make for a great tourist destination. You will particularly love the fourth-generation, family-owned business dating back to 1894 – the Hirshfield’s Paint Manufacturing.

Then there is the famous Liberian restaurant by the name City Afrique which is often frequented by locals for its tantalizing meals. Others include grocery stores, boutiques, bars, and coffee shops.

Camden Industrial may be noisy and too busy but if you can focus on all the other benefits like its great parks, proximity to downtown, and super cheap homes, you can enjoy living in the neighborhood for the long haul. 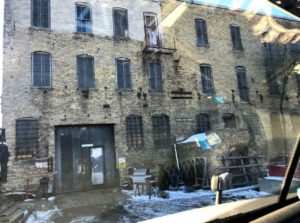