Columbia Park is a neighborhood that is named after three items: the Columbia Park itself which is the most popular landmark in this neighborhood, the park’s acquisition year in 1892 which celebrated the 400th anniversary of Christopher Columbus’s first voyage to America, and the adjacent suburb of Columbia Heights. Much of the neighborhood is the park itself, but there are residential and commercial spaces situated north and west of the park. There is also an industrial land and a railway road located to the south of the park. According to the latest statistics, this neighborhood has a population of around 1, 700.

Although most of this neighborhood is occupied by Columbia Park, there are numerous housing options, both owner-occupied and rentals. Most of the housing stock dates back to the 1960s, and there are numerous Tudor and colonial-style homes in the neighborhood. However, Columbia Park has also developed to include apartment rentals and contemporary-style housing units which are incredibly affordable. The demographic here is diverse, and it mainly comprises of young professionals and single-family homes. 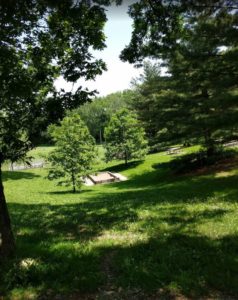 Columbia Park is a well-endowed neighborhood with numerous businesses and retail facilities. Here, you will find several restaurants, coffee shops, and retails that sell household goods, appliances, clothing, jewelry, and much more. What’s more, the neighborhood is home to numerous popular businesses such as Open Access Technology Inc., Custom Business Forms, and Midcontinent Engineering. There are numerous entertainment spots such as the Columbia Park which includes the 18-hole Columbia Golf Club and the Columbia Manor. Other amenities include dog parks, biking and walking trails within the parks, and historical houses.

Columbia Park is a quiet, sparsely populated neighborhood that’s suitable for individuals who are looking for a relaxed community to live. The neighborhood is endowed with numerous amenities and entertainment spots for individuals to have fun and relax during their downtime.