East Isles is a small neighborhood in Minneapolis Minnesota. It’s located within the larger Calhoun-Isles community between Hennepin Avenue to the east, West 22nd Street to the north, Lake of the Isles to the west and West Lake Street to the south. It gets its name from its proximity to the Lake of Isles. East Isles has an area of 0.332 sq mi (0.86 km2) and a population of 3,289. East Isles is popular with young professionals, many of whom tend to be liberal. 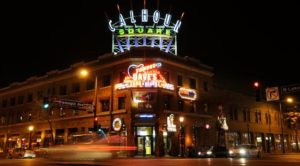 East Isles is an affluent community with an unmistakable urban feel with dozens of high-end dining facilities, restaurants, shops, bars, coffee shops and parks. One thing you will notice here is that the streets do not follow the standard checker board pattern that is commonly used in Minneapolis but instead follow the contour of the Lake of the Isles.

Being an upscale lakeside enclave comes at a cost—houses in the area are quite expensive with a median value of $356,487, nearly twice the national average of $184,700. About 42 percent of residents own their homes while the rest live in rented apartments. Rentals are quite high, too—$1,196 compared to $949 national average.

East Isles is one of Minneapolis’ upscale communities with many houses having been constructed at the turn of the 20th century. Housing types include bungalows, colonials, Victorian, ramblers, Tudor and contemporaries. Residents here enjoy gorgeous views of Lake of the Isles, Lake Calhoun and the Minneapolis skyline.

East Isles is coveted for its access to many recreational amenities located close to Lake of the Isles and Lake Calhoun.

The community is conveniently close to Uptown’s endless entertainment and shopping options such as Landmark Lagoon Cinema, coffee shops, William’s Uptown Pub & Peanut Bar, Cheapo records, L.A. Fitness, Victoria’s Secret, Chiang Mai Thai Restaurant, Lund’s Marketplace and many more. There are no schools here though residents can choose from the many available in neighboring communities.

Things to do in East Isles

If you are hunting for an urban, upscale yet serene neighborhood with great amenities and exciting activities, you can’t go wrong with East Isles.