Elliot Park is one of the oldest neighborhoods located just south of downtown Minneapolis. It was first surveyed in the early 19th century, exactly four years after Minneapolis had been founded. It derives its name from a neighborhood park whose land was donated by a physician known as Dr. Joseph Elliot.

During the late 1800s and early 1900s, many mansions were erected in Elliot Park. These have since been converted into residential apartments and multifamily dwellings to cater for the influx of new residents and students. Despite this, some of the old brick and stone buildings such as the Rappahannock condos and the Roselle apartment buildings still stand to date.

For a number of decades, Elliot Park has been a hub of renters. Over 95% of all residential units are renter-occupied. The number of owner-occupied houses has remained stable since 1980. In part, this is contributed by the median household income for Elliot Park residents which was reported in the 2000 census to be about half that of the metro-wide median.

The neighborhood is home to 6,476 people with diverse ethnicities including whites, African-Americans, Hispanics, Latinos and recently, a few immigrants from Somalia and other East African nations. The average mean age for Elliot Park’s residents is 29.8. Expect to find people of all ages living here but frankly, except for the students, most other residents are older retirees.

Things to do in Elliot Park 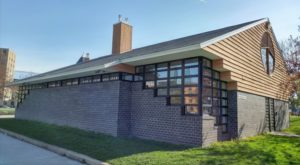 Elliot Park has pretty much all the small town offerings; bars, coffee shops, parks, historical sites, dining joints, grocery stores, sports stadiums and so on. If you are looking for a recreational activity, you can walk over to Elliot Recreational Center and swim or play baseball. Other activities in the park include walking, biking, skating, eating grilled meat and picnicking.

The iconic U.S. Bank Stadium located in Downtown East, next to Elliot Park also lends itself well to sports lovers. Here, you can catch up with the Minnesota Viking and a plethora of summer X games.

When you are not visiting Elliot Parks or the U.S. Bank Stadium, spend the weekend in your favorite dining joints, walking your dog, sampling the fresh produce from the markets or exploring the land beyond Elliot Park.

Elliot Park’s housing market continues to provide more assistance and opportunities for the needy. One popular program in section 8 Housing is the one that caters for teens at risk and the aged. Don’t be afraid to take advantage of such if need be.

Elliot Park is a great place for those looking for a perfect blend of both the urban and country life. Living here means enjoying the best of both worlds.