Steven’s Square – Loring Heights is a small neighborhood located to the south of the larger Central Community in Minneapolis. The area is flanked by Franklin Avenue to its South, Lyndale Avenue to its West, and interstates 35W to the West and 94 to the East. Steven’s Square – Loring Heights is said to be one of the most densely populated neighborhoods in Minneapolis with a population of over 5, 234 people. Though majority of this population is whites (67%), Steven Square is an ethnically diverse neighborhood as well with African Americans, Asian, Hispanics, and other smaller racial groups forming part of the census. 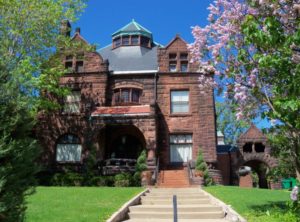 Originally, Steven’s Square was a minute suburbia that only comprised of lavish mansions. As the population started rising, high-rise estates also sprouted in the area characterized by brownstone apartment complexes. Today, Steven’s Square is an amalgamation of brownstone buildings and the archaic mansions that are often split to form apartments as well.

This rising demand in housing is owed to the fact that income and security has risen steadily in the neighborhood. Besides being a safe suburb with people earning well, Steven’s Square – Loring Heights also prides itself for its thriving network of museums, art centers, theatres, and streets lined with various culinary establishments. 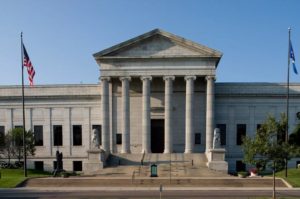 Steven’s Square has a well-established transport system that connects the city from within and to other neighboring cities. One of the major transport lines in the city is bus travel—mainly the bus 18 network operating through Nicollet, 2nd (Franklin), 11th, and 17th avenues. The town also has a Street Car system that ferry people to various parts of the town. There is also a bike station on both Franklin and Nicollet avenues that facilitates the bike sharing system.

The town is filled with art centers like Minneapolis Institute of Arts, Wyman Building Art Galleries, Midway Contemporary Art, and Minnesota Centre for Book Arts. There are museums in the town as well like the Firefighters Hall and Museum, John H Stevens House Museum, and Hennepin History museum. On downtown Minneapolis is the famous Nicollet Mall that is ever busy with shoppers visiting the open-air grocery stalls, high-end clothing stores, and renowned food chains.

Things to do in Steven’s Square Loring Heights

Steven’s Square – Loring Heights is famously known for its rich culinary culture. For an intimate evening dinner, Lurcat Café & Bar offers a sophisticated palette in a rustic dining area that reminds you of an outdoor ristorante in Italy. 4 Bells is another great eatery to visit with their assortment of seafood that features lobsters, oysters, crabs, and prawns served in savory sauce. Chain of Lakes also provides more year-round activities and succor away from the hustle and bustle of the city.

In a nutshell, Steven’s Square – Loring Heights is a great place to live for someone living alone or looking to start a family. The town’s transport system is reliable, there are plenty of historic attractions to visit, and the town is known for its rich food culture.

How do I know how many boxes I’ll need to move?

One of the most common moving FAQs we get from our Minneapolis customers is how many boxes they’ll need for a move. Our answer? You’ll almost always need more boxes than you expect. It is better to have many of varying sizes than to be missing the boxes you need at the last minute. Contact us to learn more about our Budget Box Program.

See the table below for a rough recommendation of how many boxes you will need.

Where can I find moving boxes in Minneapolis?

What materials will I need once I start packing?

In additional to plenty of boxes, you will likely need packing tape loaded on a dispenser, unprinted newspaper (the ink on newspaper leaves stains on some items), packing paper, bubble wrap, markers to label your boxes, and a notebook and pen to inventory which important items are packed in which boxes.

What can I pack ahead of time?

See our moving checklist for detailed suggestions on what to pack when. In general, start with seldom used areas of the house, such as the basement, attic, or storage area. This will allow you time to decide if anything should be sold, recycled, or donated. Things that are not currently being used, like clothing out of season, holiday items, fine china, or some books, can be a good place to start. The more you can pack in the weeks leading up to a move, the more freedom and time you will have to continue being planful and careful as you pack your final boxes.